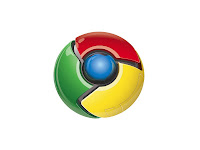 Google appears to have taken a step toward integrating Android’s Google Now notification feature into Chrome.

This addition to the open source project for Chrome could become a hub for customizable Google Now cards that include information about user preferences and upcoming events, he speculated.

Google Now is an Android feature that pushes information to Android device users based on contextual data from the device — such as time of day, the user’s current location and location history — as well as information from other Google products and third-party products.

Such information could include traffic updates, sports scores, flight monitoring or appointment reminders.