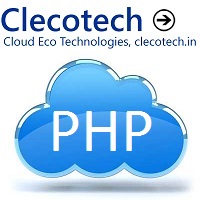 A variable is a representation of a particular value, such as blue or 19349377. By assigning a value to a variable, you can reference the variable in other places in your script, and that value will always remain the same (unless you change it, which you’ll learn about later).

To create a variable, do the following (in your head):

1. Think of a good name! For instance, if I want to create a variable to hold a username, I name my variable:
username
2. Put a dollar sign ( $ ) in front of that name:
$username
3. Use the equals sign after the name ( = ) to assign a literal value to that variable. Put the value in quotation marks:
$username = “joe”
4. Assigning a value to a variable is an instruction and as such should be terminated with a semicolon:
$username = “joe”;

There you have it—a variable called username with a value of joe. Later in this chapter, you’ll do some exciting things (such as math) with your variables.

As you’ve seen, variables begin with a dollar sign ( $ ) and are followed by a meaningful name. The variable name cannot begin with a numeric character, but it can contain numbers and the underscore character ( _ ). Additionally, variable names are case sensitive, meaning that $YOURVAR and $yourvar are two different variables.

Creating meaningful variable names is another way to lessen headaches while coding. For example, if your script deals with name and password values, don’t create a variable called $n for the name and $p for the password—those are not meaningful names. If you pick up that script weeks later, you might think that $n is the variable for “number” rather than “name” and that $p stands for “page” rather than “password.”