Google appears to have been working hard lately to make additional enhancements and new upgrades to their Google Earth tool, dubbed the “Next Dimension”.

According to a report, the Google Maps team of the search giant just announced three new technologies yesterday that will create intricate and elaborate replicas of the real world detailed in a form of realism that no other mapping diagrams has ever done before.

These new mapping enhancements will be part of the next Google Earth feature set, giving people the ability to explore the world in a 45 degree dimension only possible via a live plane ride.

Google apparently used real planes flying back and forth around cities of the world to carefully calculate dimensions and models of cities the team have photographed and enhanced in 3D aspect. This process then results in an entire 3D replica of city structures set in a 45 degree aerial display.

As Google continues to push the limits of their mapping capabilities to the boundaries of reproducing 100 percent exact scale of the world’s face, it’s expected that people will no longer leave the comforts of their home to explore the entire Earth. 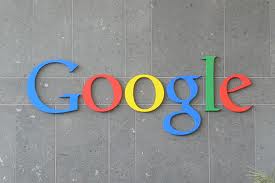